Agile Governance of Humans and AI: The Case of Japan

If you are interested in governance models, technology and AI, you might find it interesting to learn more about Japan’s recent “Agile Governance” proposal. You can find more info and links, as well as the conversation with Mr. Hiroki Habuka who was the main person driving this project further here. #ai   #governance   #japan

The New York City Police Department has spent over $159 million on surveillance systems and maintenance since 2007 without public oversight, according to newly released documents: The Legal Aid Society (LAS) and the Surveillance Technology Oversight Project (STOP) obtained the documents from the NYPD, which include contracts with vendors. They show that the NYPD has spent millions on facial recognition, predictive policing tech and other surveillance systems. The NYPD made the purchases through a Special Expenses Fund. It didn’t need to gain the approval of the NYC Council or other city officials before signing the contracts, as Wired reports.

This session will share the results and learnings of the creation and development of an ethical “yardstick” for respectful technology, including its application to websites and mobile apps. The speakers will also explore learnings from everyday people in the validation research around the certification mark as well as share recommendations for tech makers. #ethics   #me2b-alliance   #measurement

Towards a Data Economy (PDF, 40 pages)

Presented here is a critical enabling framework to allow stakeholders across the data ecosystem to take data exchanges from concept to reality. It lays the groundwork in India and elsewhere for those poised to explore, develop and realize the benefits of a data exchange to accelerate a transition to a data-driven economy. #data-economy   #we-forum   #white-paper

If the exchange of health status is to become a requirement for reopening our economies and borders, then members of the Good Health Pass Collaborative (GHPC) believe it is our responsibility to ensure that the technical ecosystem works for everyone: individuals, organizations, and governments. This is version 1.0 of GHP Interoperability Blueprint by the Interoperability Working Group. #ghp   #health-passport   #interoperability

Provinces divided on making use of COVID-19 vaccine passports. Here’s why

After months of deliberation, federal officials announced Wednesday that Canada will be getting a COVID-19 vaccine passport for international travel that is expected to be ready in the fall. #canada   #health-passport   #transport

Global greenhouse gas emissions must peak in the next four years, coal and gas-fired power plants must close in the next decade and lifestyle and behavioral changes will be needed to avoid climate breakdown, according to the leaked draft of a report from the world’s leading authority on climate science. The leak is from the forthcoming third part of the landmark report by the Intergovernmental Panel on Climate Change, the first part of which was published on Monday, warning of unprecedented changes to the climate, some of them irreversible. The document, called the sixth assessment report, is divided into three parts: the physical science of climate change; the impacts and ways of reducing human influence on the climate.  #climate   #un

These People Who Work From Home Have a Secret: They Have Two Jobs

They were bored. Or worried about layoffs. Or tired of working hard for a meager raise every year. They got another job offer. Now they have a secret. A small, dedicated group of white-collar workers, in industries from tech to banking to insurance, say they have found a way to double their pay: Work two full-time remote jobs, don’t tell anyone and, for the most part, don’t do too much work, either. Alone in their home offices, they toggle between two laptops. They play „Tetris“ with their calendars, trying to dodge endless meetings. Sometimes they log on to two meetings at once. They use paid time off — in some cases, unlimited — to juggle the occasional big project or ramp up at a new gig. Many say they don’t work more than 40 hours a week for both jobs combined. They don’t apologize for taking advantage of a system they feel has taken advantage of them. #coronavirus   #gig-economy 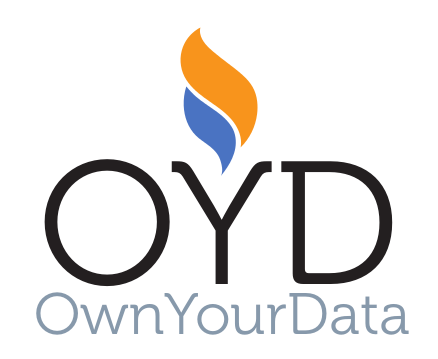