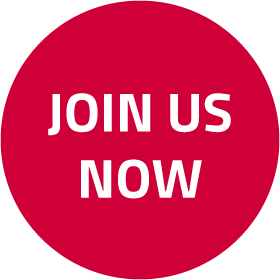 [Intermediate] The Coup We Are Not Talking About
We can have democracy, or we can have a surveillance society, but we cannot have both.

[Simple] Tim Cook May Have Just Ended Facebook
“If a business is built on misleading users on data exploitation, on choices that are no choices at all, then it does not deserve our praise. It deserves reform.”

On December 2, after a protracted disagreement over the release of a research paper, Google forced out its ethical AI co-lead, Timnit Gebru. The paper was on the risks of large language models, AI models trained on staggering amounts of text data, which are a line of research core to Google’s business. Gebru, a leading voice in AI ethics, was one of the only Black women at Google Research.

[Advanced] How Contextual Integrity can help us with Research Ethics in Pervasive Data
The growth of research projects relying on pervasive data — big datasets about people’s lives and activities that can be collected without them knowing — are testing the ethical frameworks and assumptions traditionally used by researchers and ethical review boards to ensure adequate protection of human subjects.

[Intermediate] Women in Tech Report
Where are we now? Understanding the evolution of women in technology.

[Advanced] Getting to Practical Interop With Verifiable Credentials
Standards compliance is a noble ideal, but by itself, it’s not going to get us to practical interop on verifiable credentials (VCs). That’s because there’s not enough agreement on which standards we’re talking about, and the ones we all like aren’t clear enough to force alignment.
[Advanced] Datenstrategie der Bundesregierung
Eine Innovationsstrategie für gesellschaftlichen Fortschritt und nachhaltiges Wachstum – Kabinettfassung, 27. Januar 2021

[Simple] French digital envoy explains departure from Facebook and WhatsApp
Henri Verdier, France’s ambassador for digital affairs, said the decision was both personal and political. He decided on February 1 that he would permanently leave the social network and the messaging app it owns.
#facebook   #france   #politico

[Advanced] Takeda Digital Health Innovation Challenge
We are launching this call for applications to foster collaborations in digital health and redefine the Patient Journey.
#call-for-proposals   #health-data
[Intermediate] The Fair Health Data Challenge
Does your organisation have a health and well-being solution based on data sharing and fair principles? Take part in this SITRA challenge and register by 9 April 2021!
#call-for-proposals   #health-data

Data Detox Kit
The Data Detox Kit gives you simple tips and techniques to help you control your digital privacy, security, and wellbeing in ways that feel right to you.
#privacy
Solving Public Problems
“TheGovLab recently launched a free, online program called “Solving Public Problems” designed to teach the #SolvingPublicProblems skills you need to take a mission driven project from idea to implementation.
#online-course
OpenMined
Something that can be interesting to improve our data literacy on privacy. I’m following this course from Openmined and it’s well done.
#data-literacy   #online-course
ICDL
Just discovered „International Certification for Digital Literacy“ when looking into the European Computer Driving Licence at https://www.ecdl.de
#data-literacy   #online-course