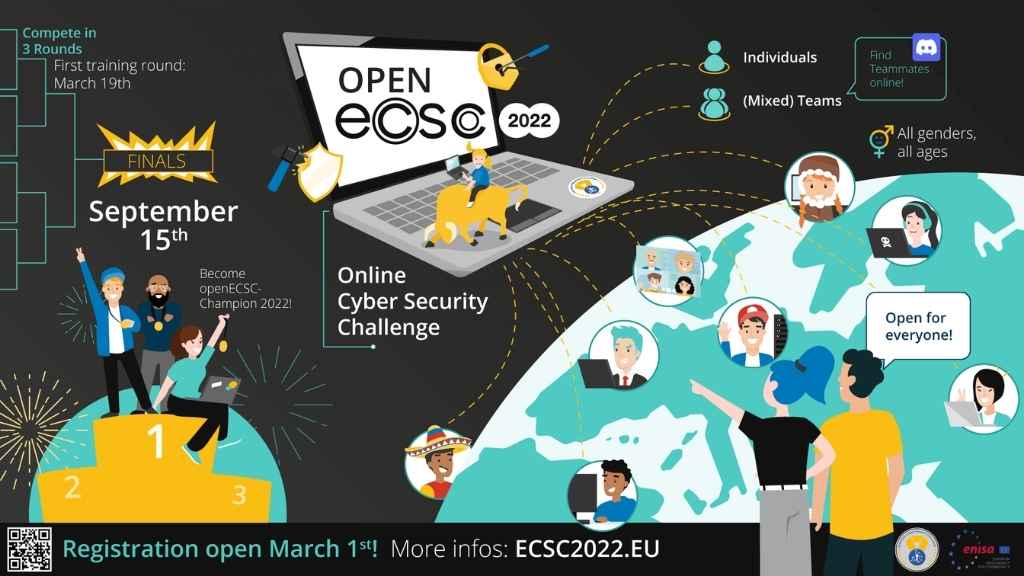 7 years ago, the idea of a nationwide “hacking competition” was taken up at European level and the ECSC – European Cyber Security Challenge was launched under the auspices of ENISA – European Union Agency for Cybersecurity.

In 2021, over 17,000 young talents from all over Europe took part in the national cyber security challenges, which were run by local organizations and supported by the ECSC. The winners competed against each other at the European finals in Prague in 2021 and demonstrated their skills by solving various problems on hot topics such as crypto, reverse engineering, web security and exploitation.

The grand ECSC final will take place in Vienna in 2022. Security has a long and successful tradition as part of the Bildungsinitiative der DigtialCity.Wien (education initiative). A large number of enthusiastic Viennese schoolchildren have already been able to learn a great deal from the creators of the ECSC on the subject of security. The fact that the openECSC is also being organized from Vienna for the first time this year is an additional crowning achievement for these long-standing efforts.

…to “hack” for places in the final on September 15 – whether as an individual or as part of a team.